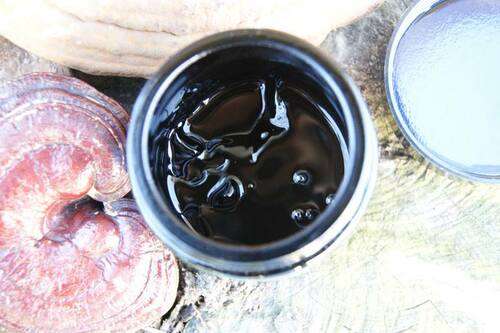 What are fulvic minerals (shilajit, mumijo)?

Fulvic minerals sometimes known as shilajit or mumijo are chemical compounds that are formed when microorganisms in soil break down plant material over long periods of time. In some cases, this process can take centuries. You can find fulvic acid in clay, sand, mountain rocks, and mud — and it can have different properties depending on where you source it from.

Fulvic minerals are formed over thousands of years by the action of millions of microbes breaking down plants and animals into humus, a component of soil. Humus is the result of decomposing organic matter being recycled back into the food chain through the process of mineralization, which reduces decaying matter to the smallest possible forms so they can be absorbed by plants and animals at the cellular level.

Fulvic minerals are one of the products of mineralization that are found in humus. They are the part of the humus that contains the smallest ionic mineral particles. Both the tiny size and electric charge of these particles contribute to the healing profile of fulvic minerals. The small size allows them to cross cell membranes within the body and the ionic charge attracts and binds to toxins, making them more easily eliminated.

Fulvic minerals also contain essential nutrients and trace minerals that are lacking in our depleted soils. Replacing these vital components of nutrition in our diets is yet another reason why fulvic minerals benefit our health in many ways.

Fulvic acid has most commonly been found in shilajit, a tar-like sticky substance found in Himalayan mountain rocks. For thousands of years, shilajit has been used in traditional, Eastern, and Ayurvedic medicine in India and Nepal for its rejuvenating and anti-aging properties. This is assumed to be the case because shilajit contains high amounts of fulvic acid, which has antioxidants, and properties and helps with inflammation.

Most noteworthy, they have been shown to have the potential for preventing chronic inflammatory diseases such as diabetes.  They also show potential with neurodegenerative disorders because they may interfere with the buildup of proteins that speed up the development of brain diseases such as Alzheimer’s disease.

Are there side effects from taking fulvic minerals?

Fulvic minerals are believed to be safe for all people with no known side effects.

However, it should be noted that side effects caused by detoxification can be experienced when taking fulvic minerals. This can include cramps, diarrhea, fatigue, headaches, and nausea. Be sure to support your drainage pathways to minimize the symptoms of detoxification and to allow your body to thoroughly release toxins.

When taken with meals, fulvic minerals increase nutrient absorption and counteract pesticides and other harmful chemicals in foods. Take half an hour before eating or two hours after eating to maximize systemic detoxification.

I take pure shilajit 5 days per week.  My jar is almost two years old and costs around $45.  The substance is very tar-like.  I scoop it out with a chopstick, put it in water until it dissolves which is about half an hour, and then drink.  It isn’t the best-tasting substance, but I have had worse.  The benefits are worth it.

In addition, products with fulvic acid are not regulated and you need to be aware of where you get them.  It is recommended that 100% Pure Shilajit comes from the Siberian Altai Mountains. It has no preservatives, colorants, or aromas and is a product of Siberia, Russia.